My Two Cents on Post-Round Conversations with Your Daughter

The car rides back home or to the hotel after a rough day on the golf course is dreaded by nearly every junior golfer to ever play the game. Even if you are the positive “keep your head up” type of parent or not one to get involved with your daughter’s golf game, it can still be a very long, miserable few mins to several hours in the car for her if she just played bad.

Don’t get me wrong, all girls handle bad rounds differently, some shake it off pretty quickly and it barely phases them, while others might be angry and wallow in self-pity all day. Some girls shed tears, while others can still manage to smile and laugh. Some want to talk about it, others may not. I just wanted to share my two cents worth of advice for trying to make the post-round conversation as positive of an experience for your daughter as possible, while also helping her learn from the on-course mistakes she made.

I know it’s easy to get caught up in the moment when a round is fresh and you want to ask her why she hit a certain shot or made the decision she made, but try not to harp too much on all of the negatives. And conversations are usually approached a little differently if it’s in the middle of a tournament when she may need to practice or make adjustments for the next day, as opposed to the drive home once the tournament is over. Always try to start the conversation off on a positive note from even the smallest thing she did well, or just the simple fact that you enjoyed watching her play and that you love her. Start with the positives and make sure she knows that you aren’t mad at her for her score, she is not her score and she should not feel less loved because of a bad score. A bad attitude, giving up, or poor behavior is conduct that I do believe constitutes a more stern discussion, but a bad score when she clearly did her best is never a reason to be angry at her.

If she isn’t ready to talk about the round yet then give her some space and time, I promise that 9 out of 10 times she will bring it up when she is ready. Again, everyone’s relationship is different and the girls handle these situations differently so that may not be the case. There were some rounds that I played so bad that I was fine to talk about it as soon as I finished because it was almost comical how bad it was, other times I may have made a mistake on the last hole or missed the cut by a shot and I just wanted to sulk for a while and be mad. I know for me, I didn’t always want to discuss the round right after I played, but once I did, my dad was the first person I called (occasionally it was my mom) even if I was hundreds of miles away, playing professional golf and just played a terrible round of golf. So just give her some space if she needs it before you even start the conversation about the round. If you are chomping at the bit to talk about it and need an outlet, then jot down your thoughts about the round so you will remember what you wanted to address with her, but be sure to include as many things that she did well as you do things she didn’t do quite so well.

As a junior golfer, those car rides home after tournaments where I didn’t play well could be pretty miserable at times. I don’t fault my dad for wanting to help me learn and go over my round because truth be told I needed someone who saw my round from a different perspective to help me. And as a junior golfer, you have to be willing to look at your rounds, both good and bad, to assess what needs work before you play again. But in those moments, my dad was usually the last person I wanted to be right about anything or to have him tell me I did something wrong, that is just the nature of being a teenage girl. Those discussions can always take place the next day when emotions aren’t as high and your daughter has had time to sleep on it. More than likely she will be much more receptive to feedback and willing to listen when she isn’t as emotional. So if she really doesn’t seem ready to talk about it then don’t force it, maybe even set a time when you will discuss it the next day or make sure she discusses it with her swing coach.

As I have said before, I am not a parent myself so I can only speak from my experience as the player and daughter and from what I see as I now consult young girls and their parents along this process. I know every family dynamic is different and every father/daughter or mother/daughter relationship is different. There are times when you have to do things your daughter may not like or want to do, there are times when you have to push her buttons a little in order to get her to work harder, and times when she needs to hear things that aren’t always positive and uplifting. I certainly do not want to encourage the development of girls who can’t handle some criticism, aren’t willing to talk about weaknesses, and shut down every time they play bad because that only creates uncoachable players who never reach their potential.

But when it comes to that post-round tournament discussion, just keep a few of these thoughts in mind in order to help the relationship between you and your daughter be the type where she will always want to have those discussions with you when she’s ready. I am extremely blessed to have a great relationship with my dad despite all the ups and downs of my golf career that we went through together. I had moments where I can remember being mean and ungrateful to him simply bc I was not “in the mood” to talk or hear his opinion. In looking back, those are some of the bigger regrets I do have as a golfer and how I may have treated my dad at times when he was simply trying to help me and was sacrificing a lot to be there for me. So if there is anything I could advise that may prevent those moments from happening, while still accomplishing the important parts of the conversation that are going to help her get better as a golfer, then maybe your daughter will at least avoid a few of those regretful moments.

And that is just my two cents! 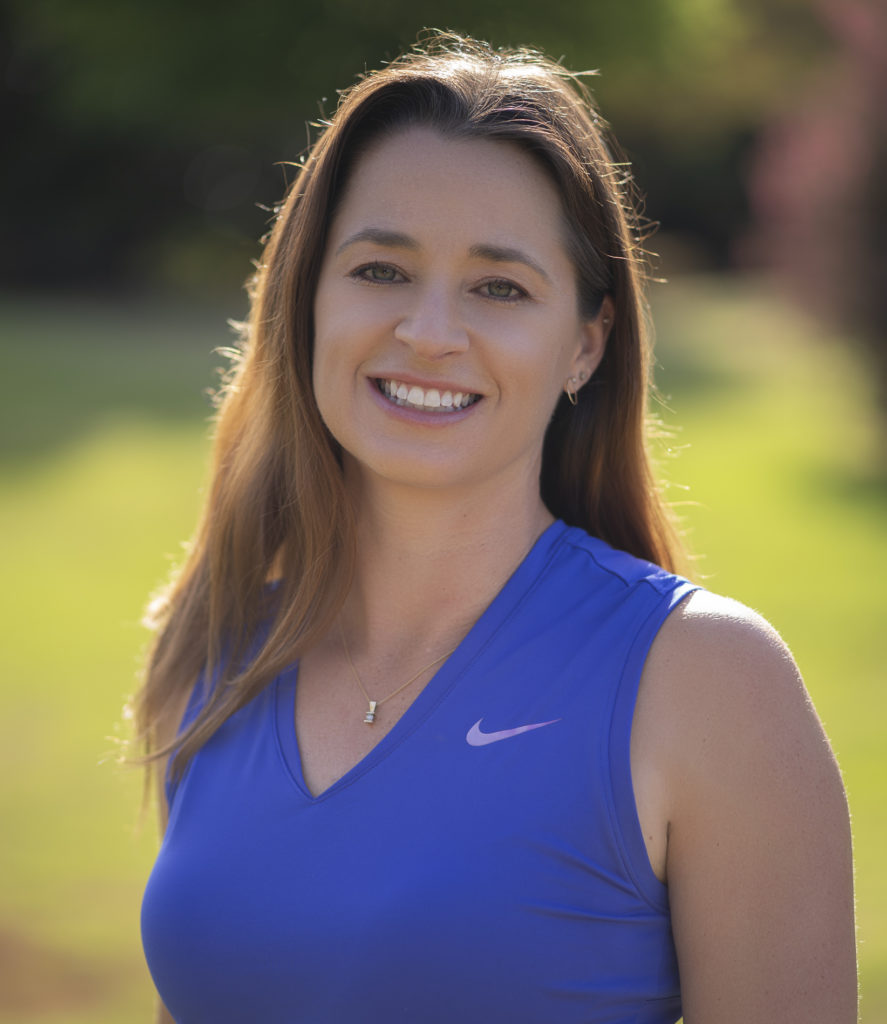 Hi! I am Brandi Jackson, a college recruiting consultant for my companies Brandi Jackson Golf and This Girl Loves Golf and as a partner of the PKB Girls Tour. Through these avenues, I provide the guidance, resources, connections, and solutions for female golfers all over the world to help them find the right college golf fit. I am a Furman University golf alum and former LPGA player, and I have been working in the college recruiting world for over 9 years.