Don’t Take It Personally, Learn From It Instead

It’s been a while since I have sat down and written a full blog. I use my social media to write most all of my insight and thoughts about college recruiting, junior golf, playing competitively, player development, and just life in general. But I had a topic that I thought served a little more meaning than just an Instagram caption so I wanted to share my thoughts with you.

One of the tougher parts about advising young girls through the college recruiting process (and even college grads who come back to me for advice on internships and job interviews) is the rejection and disappointment of not being recruited or offered a scholarship or position on the team. Not having the scores is usually a pretty obvious and understandable reason that can somewhat easily be accepted by a young golfer. But when a young golfer finds out that a friend of theirs, or rival player, or someone whose scores weren’t as good as theirs, ends up getting recruited or offered then it can be very difficult to not take it personally and wonder what you did wrong.

Well after 10 years of working in this industry, I wanted to share some of the reasons and insight into why this might happen and how you can learn to not take it personally but also reflect on what happened and hopefully learn from it.

Coaches are PEOPLE with gut instincts, personal preferences, and compatibility signs. Just as with life, dating, friendships, and job interviews you are going to hit it off with some people and some people you aren’t. Can you imagine spending almost every day for 4 years with someone who you didn’t feel a good vibe with or just didn’t like their personality, no matter how much they may “bring to the table.” Just because a friend may have lots of money, a boat, a pool, good connections, etc.. if you don’t get along with that person then all of those things aren’t going to mean much if you aren’t enjoying your time with them. 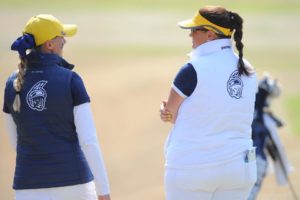 This is the same way many coaches have to look at recruits as well, and not just for how they feel about them but also how the rest of the team will feel as well. Some coaches put more of an emphasis on this type of personality match and team chemistry, while others don’t as much, so just keep that in mind as you may have some coaches who decide it’s not a good fit for you but may feel differently about someone else.

Coaches have BOSSES and SALARIES that they must answer to with every decision they make. Sometimes they have to follow administration orders to maintain a certain roster number, or diversity factor, or academic standards. Sometimes they have alumni demands or requests that they need to fulfill. Golf is not a sport that generates a profit in college so fundraising, endowments, and donations are a HUGE part of what keeps the program thriving so in some cases a coach needs to make a decision based on factors that aren’t always in their total control nor made public.

In some cases, a coach may feel pressured with their contract renewal or bonuses to produce results and they may have to choose the player with the better scores over the player who “fits” their mold better. Some administrations have emphasized the importance of academics and school experience over the golf demands (even at the DI level) so a coach may have to adapt to that setting and select players who fit that particular “mold” and may not be the better player of two recruits they are considering. There is quite a bit that goes on behind the scenes, which sometimes may seem unfair, but is just part of the process and just part of life in general. Everything is not always as it seems and decisions are not always made based on what may seem obvious. You can only control what you are doing and if you are presenting the type of athlete, student, and golfer that they are going to be spending 4 years coaching.

Recruits are MATURING and still figuring out what they want and how they are going to handle the transition into college golf. Coaches who have been in their positions for years have seen their share of what happens when the recruits actually get to college. They know that recruits are going to say A LOT during the process that may not always end up being the case a year or two later. They are going to talk about working hard, getting better, not being drama, not being a party girl, and whatever it takes to get the opportunity to play for that program. And many recruits will be telling the truth and stick to what they said they are going to. Others may have the right intentions but their goals just change over time. Others may just be saying what they think the coach or their parents want to hear at that time. Parents may be saying what they think is the case for their daughter but may not really even know if that is the truth or not themselves. It is the job of the coach to figure this out through the process and sometimes they may not always tell you their reason why but they just don’t see you being the right fit once you get there. 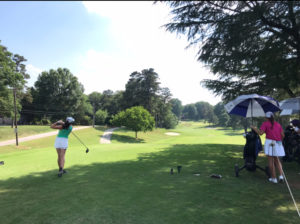 There are many other examples and reasons why decisions are made that don’t always make sense but these are just a few that I see happen through the process.

So what can you do about being rejected or not offered to turn it into a positive? First of all, DON’T TAKE IT PERSONALLY! Don’t let the first thing you do is to take it personally and let it hurt your confidence, feelings, or self-esteem because you really may not know the real reason behind why you weren’t recruited or offered a spot. There could be much more to the story than you will ever know or understand.

BUT you may need to consider what you can do better and if there is a reason that you weren’t the one selected.

Were there some red flags you may have unknowingly (or knowingly) displayed?

There are so many things that can be learned throughout this process to better prepare you for both college and life. If you choose to take everything about the process personally or worry about what is happening with everyone else then you will have a very difficult time finding a good fit and also making the transition into college golf.

Begin by not being afraid to put yourself out there and accept the rejection that is probably going to happen at some point, especially if you aren’t truly realistic about programs. Rejection and failure are two of the best blessings in life. They are how you learn what you can do in order to be better and get better. You don’t learn nearly as much from acceptance and success.

So take the opportunity as a young female who has a long life ahead to learn from your mistakes through this process and make any adjustments. This doesn’t mean you need to change your goals or anything about yourself that makes you unique or who you are, but it does mean that you may need to consider some aspects of your life, golf game, personality, communication skills, maturity that need some refinement in order to reach the goals you have for yourself. 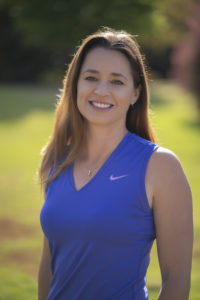 Hi! I am Brandi Jackson, a college recruiting consultant for my companies Brandi Jackson Golf , This Girl Loves Golf and as a partner of the PKB Girls Tour. Through these avenues, I provide the guidance, resources, connections, and solutions for female golfers all over the world to help them find the right college golf fit. I am a Furman University golf alum and former LPGA player, and I have been working in the college recruiting world for over 9 years.